Agricultural land around the Municipality of Šid is fertile land within the area of about 40,000 ha. The farming, fruit growing, growing of grapes and production of wines, vegetable production, and livestock production are organized in this area. Agricultural land is located in 18 cadastral municipalities with different types of soil. The most common type of soil is chernozem (černozem) but some other types of soil (smonica, gajnjača, ritska crnica, meadow soil and alluviums) are also present.

Field and vegetable crops production covers the area of about 3700 ha.The plants are usually annual, with a life cycle of three to five months. All of the activities are meant to promote an efficient and profitable production of high-quality plant products for both human consumption as well as animal consumtion. The most represented crop is corn which is planted on about 50% of agricultural soil. Then,there are soybeans and sunflowers, wheat, sugarbeet, tobacco, different vegetables, fodder plants, as well as the production of seeds  for mentioned field crops.Small property owners rely on agricultural cooperatives such as:“Graničar“ Adaševci, „Ratar“ Kukujevci, „Agronom“ Šid,  „Medoš“ Erdevik,  „Albatros“ Šid, „Potez“ Adaševci, „Poljokop“ Gibarac,  „Šid“ Šid and so on.The Municipality of Šid has significant capacities for storage of field crops such as silo „Mlintest“ in Šid (capacityof 2650 wagons), „Consul“ silo (capacity of 2500 wagons), „Granicar“ silo (capacity of 12000 wagons), oilmill „Victoria“ (capacity of 15000 wagons), „Medoš“ silo (capacity of 510 wagons), „Albatros“ in Šid, Erdevik and Adaševci (with a total capacity of 3500 wagons), silo „Trzin“ in Šid (capacity of 540 wagons), silo „Agroglobe“ in Kukujevci. Also, there are significant capacities for processing wheat such as production of the flour and other flour products in „Mlintest“, Šid and „Mitin Mlin“ ,Šid. Also, a significant production of industrial plants such as the tobacco became very common during the last few years. The largest organizer of production and purchaser of dried tobacco leaves is the factory „JTI“ from Senta. Areas planted with tobacco range from 600-800 ha are mostly in the villages of Kukujevci, Bačinci, Erdevik and Vašica.                                                    Vegetable production such as production of potato, onion, cabbage, carrots or beets is organized by small property owners on the fields around their houses, in the gardens or in the greenhouses 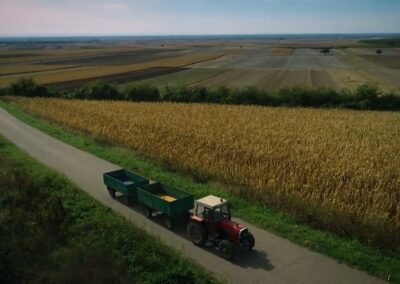 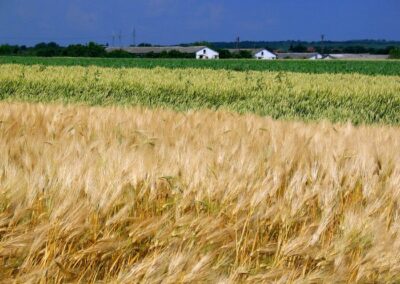 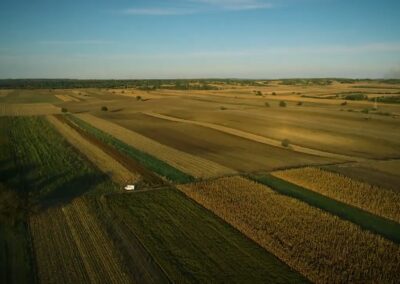 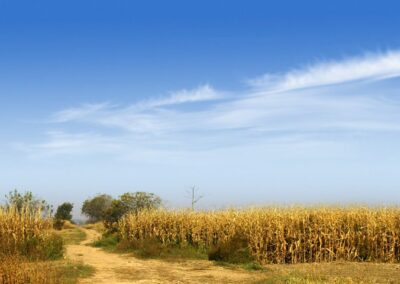 Fruit growing is a significant part of agricultural production in the Municipality of Šid which covers the area of about 1200 ha.There are many different fruit trees that grow in this area because of the climate and soil conditions which are ideal for fruit production. Fruit growing and fruit production is represented mostly in the orchards on the slopes of Fruška Gora as well in Šid as in the villages of Berkasovo, Privina Glava, Molovin, Sot, Erdevik, Ljuba, Bingula, Bačinci Kukujevci and Gibarac. It consists of modern orchards of apples, pears, peaches, hazelnuts and cherries. Smaller areas of berries, primarily strawberries, which are properly planted, watered and fertilized are also present in this area. Most of the orchards are modern with a new assortment, with backrests, irrigation systems, and anti-hailnets. These are some of the orchards:”Graničar”, “Frueko” with a big refrigerator, “Fresh&Co” with a refrigerator and the hazelnut orchard “Pampromet”. Also, number of owners with smaller orchards and fruit production are prersent in this area. After fruit collection, for fruit storage, the owners usually use the refrigerator „Srem“ in Šid and refrigerator in Bačinci. 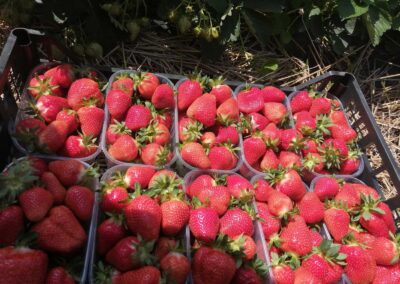 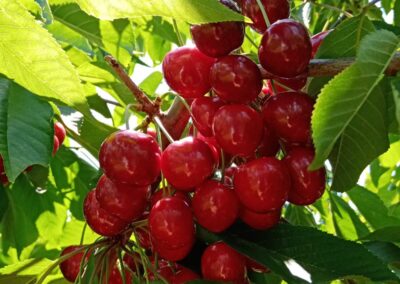 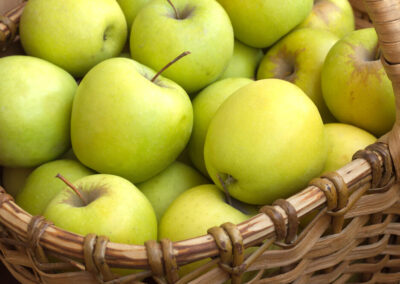 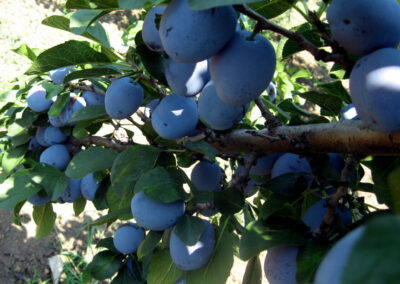 Vineyards have a long tradition of organized agricultural-grape production on the territory of Municipality of Sid with a total area of about 700 ha. In recent decades, the area of planting has changed and modern vineyards with new varieties of grapes have been planted. The largest areas under vineyards are located in the Municipality of Šid, as well as in Berkasovo, Privina Glava, Sot, Molovin, Erdevik and Ljuba. Modern plantings are accompanied by modern facilities with modern cellars and wineries, such as Winery "Erdevik", Winery "Vinčić", Winery "Trivanović", Winery "Brestovački","Danguba"etc. Smaller producers organize their wine production in the traditional way and sell wine in their own households. 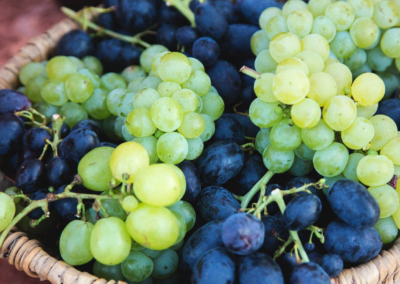 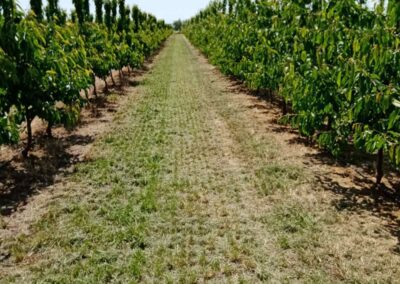 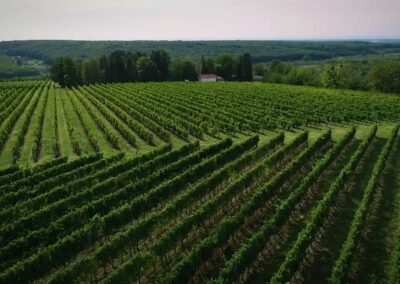 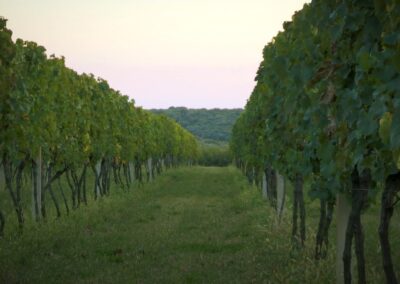 Livestock farming in the Municipality of Sid is present. Many different animals, primarily pigs, caws, chicken, sheep, horses and goats are part of many households. The production of pigs take place on mini farms of individual owners. The number of pigs (the capacity) on one farm, in one cycle, usually range from 100-200 pigs. Some producers have a closed production, from piglets to older and mature pigs. Very good example for that is farm in Ilinci, owned by the slaughterhouse "Djurdjević". This farm recently has been renovated. It should be noted that most manufacturers have quality stocks. The data connected with piglets born on the farm and all data connected with pigs are strictly recorded and followed. Production of cows is also present and it takes place on farms owned by individual agricultural producers. Milk production as well as beef meat and products made from the beef meat take place in several major farms. The main farms are "Ratar" in Kukujevci, with a capacity of 1000 breeding throats and "Agrextrade" in Erdevik. Mini farms owned by individual agricultural producers, with the capacity of 10-100 breeding throats, are also present all over the Municipality of Šid. Over the last ten years, the number of sheep farmers has increased significantly. There has been a change in the sheep racial composition and breeds so, on the farm, the farmers introduced good quality breeding throats. Herd sizes range from 50 to 300 individuals. On the territory of Municipality of Šid there is also a farm with goats such as "Beokapra" in Kukujevci. On that farm, the goats are kept and their milk is used in cheese production. Production of chicken eggs is done at several mini farms and the most famous farm is "Karadjordjevo" in Morović. For slaughter and processing of meat of all mentioned animals is done in few slaughterhouses. There are significant capacities in slaughterhouses "Srem" Šid, "Agropapuk" Kukujevci, "Big-Bull" Bačinci and slaughterhouse and meat processing "Janjić" Šid. 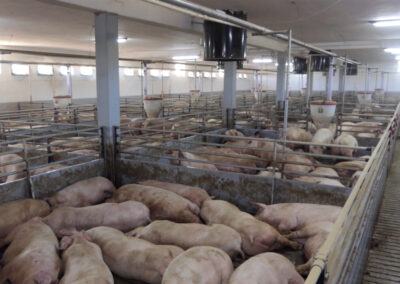 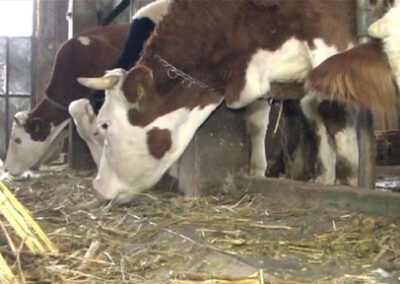 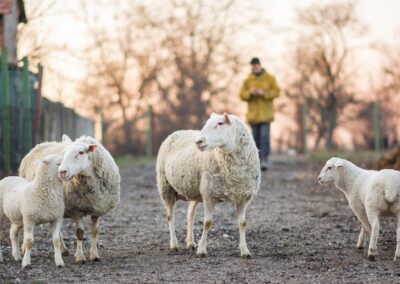 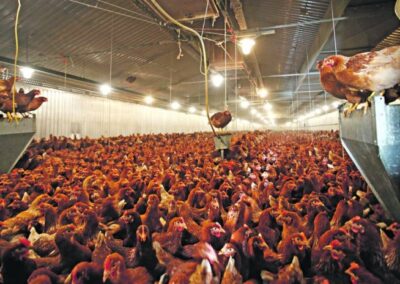